In the finale to the acclaimed trilogy, upheaval in Zora Neale Hurston’s family and hometown persuade her to leave childhood behind and find her destiny beyond Eatonville.
For Carrie and her best friend, Zora, Eatonville—America’s first incorporated Black township—has been an idyllic place to live out their childhoods. But when a lynch mob crosses the town’s border to pursue a fugitive and a grave robbery resuscitates the ugly sins of the past, the safe ground beneath them seems to shift. Not only has Zora’s own father—the showboating preacher John Hurston—decided to run against the town’s trusted mayor, but there are other unsettling things afoot, including a heartbreaking family loss, a friend’s sudden illness, and the suggestion of voodoo and zombie-ism in the air, which a curious and grieving Zora becomes all too willing to entertain.
Read More

A 2019 Edgar Award Nominee
A powerful fictionalized account of Zora Neale Hurston’s childhood adventures explores the idea of collective memory and the lingering effects of slavery.
“History ain’t in a book, especially when it comes to folks like us. History is in the lives we lived and the stories we tell each other about those lives.”
When Zora Neale Hurston and her best friend, Carrie Brown, discover that the town mute can speak after all, they think they’ve uncovered a big secret. But Mr. Polk’s silence is just one piece of a larger puzzle that stretches back half a century to the tragic story of an enslaved girl named Lucia.

Coretta Scott King John Steptoe New Talent Author Award Winner 2011!
A 2011 Edgar Nominee
Endorsed by the Zora Neale Hurston Trust
Whether she’s telling the truth or stretching it, Zora Neale Hurston is a riveting storyteller. Her latest creation is a shape-shifting gator man who lurks in the marshes, waiting to steal human souls.But when boastful Sonny Wrapped loses a wrestling match with an elusive alligator named Ghost — and a man is found murdered by the railroad tracks soon after — young Zora’s tales of a mythical evil creature take on an ominous and far more complicated complexion, jeopardizing the peace and security of an entire town and forcing three children to come to terms with the dual-edged power of pretending.
Read More 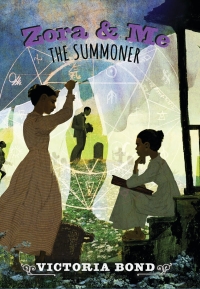 Zora and Me: The Summoner 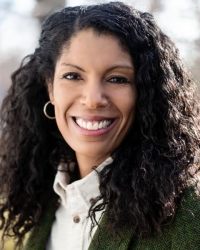